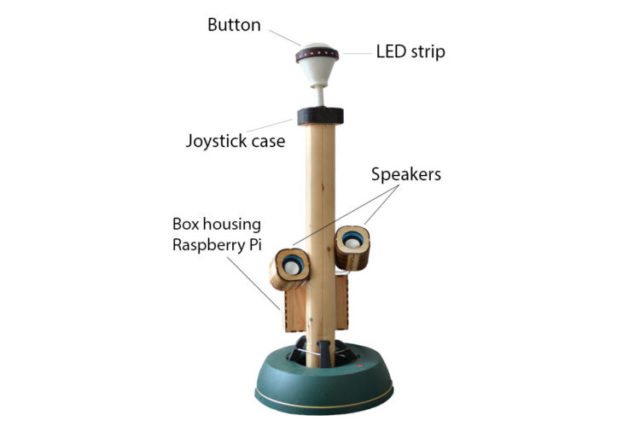 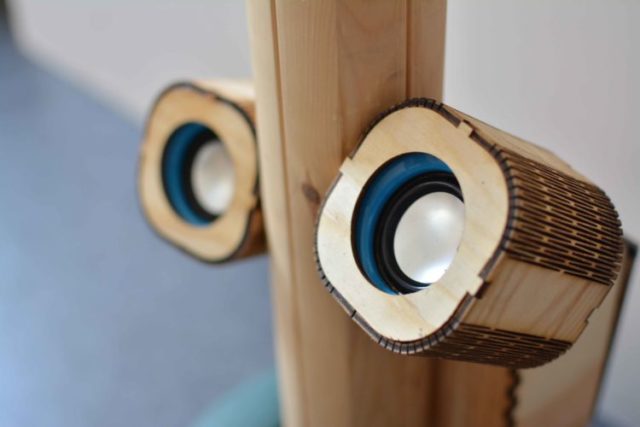 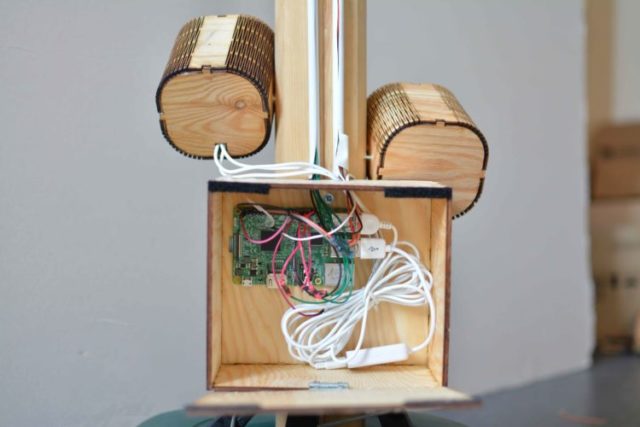 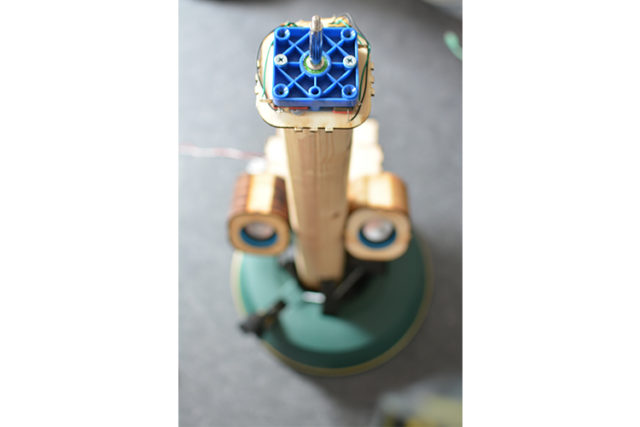 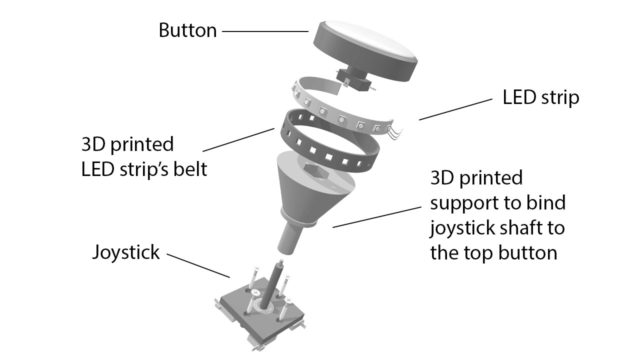 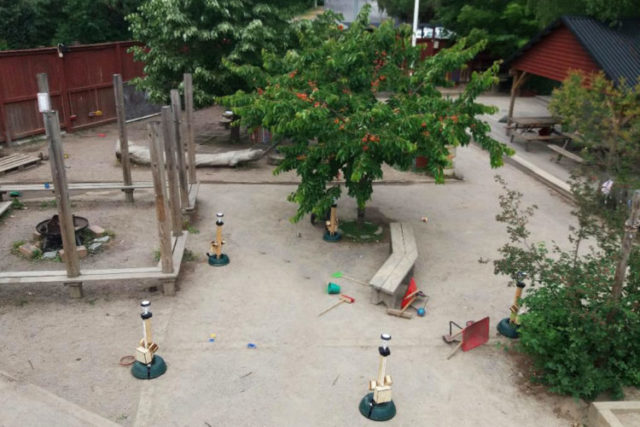 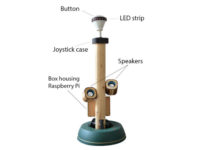 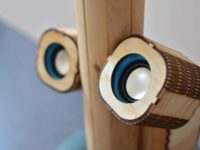 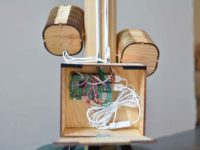 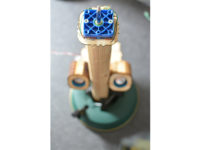 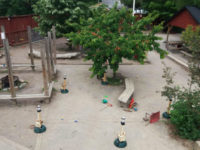 This work sees the implementation and evaluation of a playground installation which looks at sound as the modality that can provide new and engaging play experiences. The sound design was first tested in a lab setting and later on in a Swedish preschool. 38 children between 2 and 6 years old participated in a field study that lasted for three days.

The design offers children the possibility to manipulate in real-time sound properties towards collaborative play. Children directly control musical parameters of different sound loops played by five nodes. Each node represents a pole with added features to allow the interactive play: a button on top to trigger different sounds and a joystick to alter in real-time the music played.

A node houses a Raspberry Pi 3 that allows the system to process the input data and to generate an output accordingly. Everything related to the auditory dimension is made possible by Pure Data (Pd). The Raspberry Pi runs a python script that continuously communicates to a Pure Data patch. In the Pd patch, sound files are written and stored in arrays and ready to be played and processed. According to the number of button presses, the patch triggers a specific sound and detects any alterations of the joystick.
The actual realisation of the installation was made possible by using a laser cutter and a 3D printer. 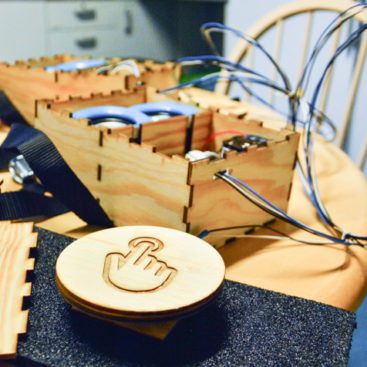 Sonic Installation Field study
We use cookies on our website to give you the most relevant experience by remembering your preferences and repeat visits. By clicking “Accept All”, you consent to the use of ALL the cookies. However, you may visit "Cookie Settings" to provide a controlled consent.
Cookie SettingsAccept All
Manage consent

This website uses cookies to improve your experience while you navigate through the website. Out of these, the cookies that are categorized as necessary are stored on your browser as they are essential for the working of basic functionalities of the website. We also use third-party cookies that help us analyze and understand how you use this website. These cookies will be stored in your browser only with your consent. You also have the option to opt-out of these cookies. But opting out of some of these cookies may affect your browsing experience.
Necessary Always Enabled
Necessary cookies are absolutely essential for the website to function properly. These cookies ensure basic functionalities and security features of the website, anonymously.
Functional
Functional cookies help to perform certain functionalities like sharing the content of the website on social media platforms, collect feedbacks, and other third-party features.
Performance
Performance cookies are used to understand and analyze the key performance indexes of the website which helps in delivering a better user experience for the visitors.
Analytics
Analytical cookies are used to understand how visitors interact with the website. These cookies help provide information on metrics the number of visitors, bounce rate, traffic source, etc.
Advertisement
Advertisement cookies are used to provide visitors with relevant ads and marketing campaigns. These cookies track visitors across websites and collect information to provide customized ads.
Others
Other uncategorized cookies are those that are being analyzed and have not been classified into a category as yet.
SAVE & ACCEPT